What is truth? That is a question people everywhere are asking. We know truth is important. We know we want to have truth. However, we do not know what truth is. How can we know truth?

What does it mean, "Jesus IS truth"? What Jesus is saying is that He is the definition of truth. You can only know truth if you know Jesus. If you want to know truth, the answer is ALWAYS JESUS.

Okay, what does that mean?

Truth is commonly defined as that which matches reality. That's a good definition. However, there is a problem. What is reality? 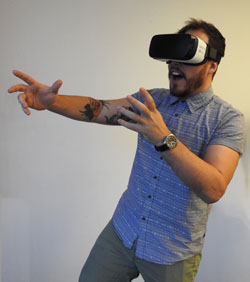 We are at a unique point in history. People are defining their own reality. What better way is there to be happy than to define reality the way YOU want it to be? Defining your own reality eliminates conflicts. It eliminates uncertainty. It means never having to be wrong. What a great life... until you actually run into reality. However, running into reality can be avoided for unbelievably long periods of time. What do I mean by that?

The craziness we see happening today has its root in a disconnect with reality. For example, the word "science" has become the god of truth for many people. However, it's not actually referring to real science. The WORD "science" is being used to promote lies (an alternative "reality") instead of truth. The word "science" has become a way to deceive and manipulate people, instead of representing knowledge and truth.

Is it valid to define truth as that which matches reality? Not if everyone has a different reality. It then becomes a recipe for confusion, not clarity. We need a standard that is not subject to individual interpretation—a standard that provides a foundation on which we can evaluate our experiences, instead of using our experiences to define truth. I can describe how I reacted to tasting a certain ice cream, "It was terrible." That's my experience. You can describe how you reacted to the same ice cream, "That ice cream was great! Best I ever had!" That's your experience. What do we have? Opinion, not universal truth. It is a subjective truth. Any claim that your "reality" is different from mine is superficial, and not what we mean when we talk about truth. The reality was that we both were tasting pistachio ice cream. That is a universal truth.

The issue revolves around the definition of the word "truth." It's a word that has multiple meanings. What is happening is that the meaning of the word "truth" changes in the middle of the conversation. This is a propaganda technique called "equivocation." For example, liking or disliking the taste of pistachio ice cream is a subjective truth. It is true that to me it 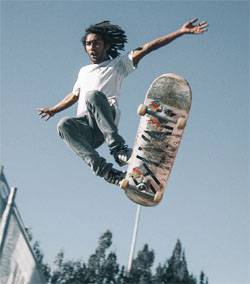 tastes terrible and to you it tastes wonderful. Since we both are speaking truth, but our truths are different, that means there is no absolute truth. Whoa! We just made an unjustified leap of logic. In the ice cream example, "truth" refers to a personal preference, something that is subjective. This is called a subjective truth. Then to say there is no absolute truth is referring to universal truth... things that are always true or false. For example, if on the planet earth I jump up, gravity will pull me back down. This is a universal truth.

There is also what is called the "fallacy of extrapolation." This involves taking truth that only applies in certain circumstances or to specific groups of people (limited truth), and making it a universal truth. For example, a friend gives me five Fuji apples. They are basically red in color, so I conclude all apples are basically red in color. Is that true? No. I've extrapolated from a small sample into a universal "truth" that is not true. (Granny Smith apples are green.)

The problem we face is that the definition of truth changes in order to support a political/cultural agenda. Truth that applies in limited ways is expanded to be universal. Truth that is subjective is interpreted as universal truth. The result is that the word "truth" no longer has any meaning. It is simply another tool used to deceive you... getting you to believe things that are not true.

Don't be fooled again.   You are not a scientist. So how do you know when the word "science" is being used to deceive you?

One way is to ask the question, "Are they attempting to suppress opposing views?" Most lies cannot stand against truth. When someone is lying, they will often take steps to suppress the truth.

On the other hand, truth is powerful. Those with truth do not need to suppress the opposition.

Those who say, "The opposition is lying. so we need to suppress what they say." are the ones who are lying. Be aware, though, the opposite is not true. Those who say they are open to allowing the opposition speak, do not necessarily have truth. A good con-man will make it seem as though he is welcoming opposing views. The best approach is to be aware of how the word "truth" is misused, take your time, examine both sides, dig into the details behind what you are being told... assuming you are allowed to do that.

What we are seeing today is the twisting and distortion of the meaning of words, such as "science" and "truth," in order to support a political/cultural agenda. What we need is a foundation for universal truth that can be trusted. Where do we get that foundation? The answer is always Jesus. 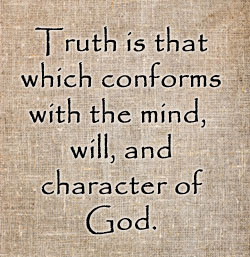 How Does Jesus Define Truth?

Jesus (God) is truth. What does that mean? It means that truth is not just defined by what God says, but also by who God is. Truth is that which conforms with the mind, will, and character of God.

Truth cannot be separated from Jesus. It is all that He is. His love. His grace. His mercy, righteousness and justice. His holiness and perfection. All that God is, that is what truth is.

Let's get practical: What about catastrophic climate change? Truth or Fiction? If we are going to find truth, where do we start? With Jesus, and that means scripture.

While the earth remains,
Seedtime and harvest,
Cold and heat,
Summer and winter,
And day and night
Shall not cease. - Genesis 8:22

While the earth remains, so will humanity. There will be food (seed and harvest), there will be times of cold and times of heat, there will be seasons. Even during the prophesied seven-year tribulation when environmentally things will get REALLY crazy, humanity will go on... until God destroys everything and creates a new heaven and earth. We need to be taking care of the earth, but climate change will not wipe out humanity nor destroy the earth.

Truth? It is ALWAYS JESUS.

Thanks be to God, who gives us the victory through our Lord Jesus Christ. - 1 Corinthians 15:57

Victory in Christ means victory over sin and death. Sin and death were defeated at the cross.

For all have sinned [disobeyed God] and fall short of the glory of God. - Romans 3:23

Sin is the source of death. It is because of sin that death came into the world.

Just as through one man sin entered into the world, and death through sin, and so death spread to all mankind, because all sinned. - Romans 5:12

...but the free gift of God is eternal life in Christ Jesus our Lord. - Romans 6:23b

God demonstrates His own love toward us, in that while we were yet sinners, Christ died for us. - Romans 5:8

However, if you reject God, you have rejected the only one who can and did conquer sin.